Since 1954, Hampton Nautical is the premier designer and manufacturer of the worlds finest wholesale nautical decor, wholesale cast iron and wholesale Nautical Compasses.

Hampton Nautical provides the highest quality wholesale home decor and wholesale Nautical Compasses at the lowest prices with a 100% money back guarantee. 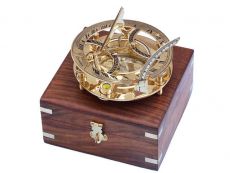 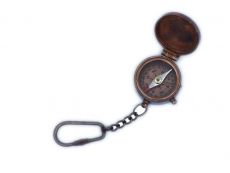 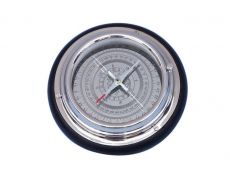 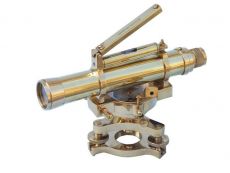 First used by the Chinese in 1117, the compass revolutionized maritime navigation. While an early compass was little more than a magnetic needle in a bowl of water, the marine compass quickly evolved to have 48 distinct compass points along the edge to make more precise readings. Handcrafted Nautical Decor has the widest selection of compasses and decorative sextants available for sale: brass pocket compasses, brass desk compasses, decorative sextants, rosewood boxed compasses, brass gimbal compasses, and compasses under $20. These elegant, decorative and fully functional compasses make an excellent addition to any collection and add a touch of nautical sophistication to any home.

No single tool is more vital to navigation than the compass. Although useful on land for orienteering, the nautical compass is indispensable upon the open seas for maintaining a proper course without the benefit of any visible landmarks. The development and evolution of the medieval European compass combined with shipbuilding advances during the Age of Sail enabled the Age of Exploration, enabling the voyages of great explorers like Christopher Columbus, Ferdinand Magellan, Francis Drake and James Cook

Handcrafted Nautical Décor is pleased to offer a wide array of compasses to suit every type of person, purpose or preference. All of our compasses, from the simplest childrens gift to the most elaborate desk set, are fully functional and finely crafted with careful attention paid to every aspect of their design and details.

Prior to the invention of the compass, travelers on land were able to travel with sufficient ease across great distances by following established roads and trails, or by mapping visible landmarks such as hills, mountains, rivers and other physical features of the landscape that could serve as guide points. Upon the sea, however, ships were generally forced to remain within sight of land and follow coastlines to their destinations, making journeys much longer than might be required by crossing open seas directly from one harbor to another.

The earliest known compasses were invented in China nearly a millennia ago, though principles of magnetism were known to the ancient Chinese even a thousand years before this. These early compasses consisted of little more than a magnetized needle floating in a bowl of water to allow it to turn freely. In accordance with Chinese mystical beliefs and principles of feng shui, the needle was determined to point South rather than the common modern design of pointing North.

It is unknown whether knowledge of the compass spread westward from China along the Silk Road to Europe, or if it was developed independently in Europe in the century or two after its Chinese invention. Either way, by 1250 the basic compass was known and utilized across Eurasia, the Mediterranean, Arabia, and the Middle East.

The first compasses of a modern form were invented by Europeans, and in use by 1300. Rather than floating the magnetized needle freely in a bowl of water, they balanced the needle on a post and allowed it to swing freely within a protective housing. Including a wind rose (also known as a compass rose or compass card) that displayed the cardinal directions of North, East, South and West (along with other possible bearings) into the design and then securing the housing to the hull of a ship allowed the determination of bearing, and thus accurate maritime navigation. This type of compass was known as a dry compass. Nautical compasses were later mounted within a gimbal, allowing them to remain level despite the motion of a ship at sea.

In addition to nautical, orienteering and land-navigation uses, compasses were important instruments for surveying an mapmaking, both on land and at sea. By the 18th century, many complex compass designs had been created that combined compasses with alidades, inclinometers, protractors and other surveying aids. For nautical use, a new design of compass somewhat brought back the idea of the ancient water-filled bowl. Rather than the compass spinning free in only the air within its housing, the case of the compass could be filled with liquid to damped the swing and movement of the compass, allowing for more stable readings while the compass itself was in motion. Although the liquid compass design took another two centuries to perfect for general use, it became a great advance for nautical navigation, helping mariners read their bearings despite the pitch and roll of a ship.

A final significant advance in compass design was the invention of the bearing compass. Several types of surveyors compasses and prismatic compasses (also lensatic compasses) were in use that allowed the user to site a distant landmark along a desired bearing while holding the compass before the eye. Unfortunately, these field compasses could not be used accurately upon the compressed scale of a map. In the early 20th century, a Swedish outdoorsman combined a compass with a built-in rotating protractor as well as a clear, rectangular base marked with parallel orienteering lines. By aligning the orienteering lines with longitudinal lines of the map he could determine a bearing along any marked course, while by aligning the orienteering lines with the compass needle he could then use the straight edge of the base to mark a desired course. The rotating protractor additionally allowed the use of the compass and map to plan a course without regard for the direction of the needle and facing of the map in correct relation to the actual landscape.

Over the years, many specialized types of compasses have been developed, and changes in technology have required compasses adapt to remain useful. When shipbuilding advanced from wooden hulled vessels to ironclads and eventually metal hulled boats, nautical compasses had to be mounted in a protective case known as a binnacle which is specially designed to counteract the magnetic influence and disturbances created around the ship itself.

In modern times technology has allowed the creation of the gyrocompass, a non-magnetic compass based upon a gyroscope design. Widely used in on ships, the gyrocompass finds true-north according to the Earths polar rotation, rather than magnetic north which is located in a slightly different location. Because it is not magnetic, the gyrocompass is not influenced by a vessels metal hull, the approach of external metal or magnetic items, or local disturbances or anomalies in the Earths magnetic field. More recently, solid-state electronics and GPS technology has allowed the creation of highly-accurate computerized compasses for use in every type of device from a ships helm to a cellular telephone.